Our research group aims to identify and characterize genes involved in human neurodevelopmental and psychiatric disorders as a first step towards understanding the mechanism of disease. Our studies are focused on the genetics of autism and schizophrenia. We are using a combination of genetic and functional genomics methods to identify new genes and molecular pathways that contribute to those disorders. We also study the influence of genetic variations on gene expression as a way to understand how genetic variations may lead to neurodevelopmental disorders.

Suliman-Lavie, R., et al. Pogz deficiency leads to transcription dysregulation and impaired cerebellar activity underlying autism-like behavior in mice. Nat Commun 11, 5836 (2020).Abstract
Several genes implicated in autism spectrum disorder (ASD) are chromatin regulators, including POGZ. The cellular and molecular mechanisms leading to ASD impaired social and cognitive behavior are unclear. Animal models are crucial for studying the effects of mutations on brain function and behavior as well as unveiling the underlying mechanisms. Here, we generate a brain specific conditional knockout mouse model deficient for Pogz, an ASD risk gene. We demonstrate that Pogz deficient mice show microcephaly, growth impairment, increased sociability, learning and motor deficits, mimicking several of the human symptoms. At the molecular level, luciferase reporter assay indicates that POGZ is a negative regulator of transcription. In accordance, in Pogz deficient mice we find a significant upregulation of gene expression, most notably in the cerebellum. Gene set enrichment analysis revealed that the transcriptional changes encompass genes and pathways disrupted in ASD, including neurogenesis and synaptic processes, underlying the observed behavioral phenotype in mice. Physiologically, Pogz deficiency is associated with a reduction in the firing frequency of simple and complex spikes and an increase in amplitude of the inhibitory synaptic input in cerebellar Purkinje cells. Our findings support a mechanism linking heterochromatin dysregulation to cerebellar circuit dysfunction and behavioral abnormalities in ASD.
Alkelai, A., et al. Expansion of the GRIA2 phenotypic representation: a novel de novo loss of function mutation in a case with childhood onset schizophrenia. J Hum Genet (2020).Abstract
Childhood-onset schizophrenia (COS) is a rare form of schizophrenia with an onset before 13 years of age. There is rising evidence that genetic factors play a major role in COS etiology, yet, only a few single gene mutations have been discovered. Here we present a diagnostic whole-exome sequencing (WES) in an Israeli Jewish female with COS and additional neuropsychiatric conditions such as obsessive-compulsive disorder (OCD), anxiety, and aggressive behavior. Variant analysis revealed a de novo novel stop gained variant in GRIA2 gene (NM_000826.4: c.1522 G > T (p.Glu508Ter)). GRIA2 encodes for a subunit of the AMPA sensitive glutamate receptor (GluA2) that functions as ligand-gated ion channel in the central nervous system and plays an important role in excitatory synaptic transmission. GluA2 subunit mutations are known to cause variable neurodevelopmental phenotypes including intellectual disability, autism spectrum disorder, epilepsy, and OCD. Our findings support the potential diagnostic role of WES in COS, identify GRIA2 as possible cause to a broad psychiatric phenotype that includes COS as a major manifestation and expand the previously reported GRIA2 loss of function phenotypes.
Dinstein, I., et al. The National Autism Database of Israel: a Resource for Studying Autism Risk Factors, Biomarkers, Outcome Measures, and Treatment Efficacy. J Mol Neurosci 70, 1303-1312 (2020).
Shohat, S., Amelan, A. & Shifman, S. Convergence and Divergence in the Genetics of Psychiatric Disorders From Pathways to Developmental Stages. Biol Psychiatry (2020).Abstract
In the past decade, the identification of susceptibility genes for psychiatric disorders has become routine, but understanding the biology underlying these discoveries has proven extremely difficult. The large number of potential risk genes and the genetic overlap between disorders are major obstacles for studying the etiology of these conditions. Systems biology approaches relying on gene ontologies, gene coexpression, and protein-protein interactions are used to identify convergence of the genes in relation to biological processes, cell types, brain areas, and developmental stages. Across psychiatric disorders, there is a clear enrichment for genes expressed in the brain and especially in the cortex, but a higher resolution is vastly dependent on sample size and statistical power. There is indication that susceptibility genes tend to be expressed in the brain during periods preceding the typical onset of the disorders. Thus, the role of genes in prenatal brain development is more pronounced for childhood-onset disorders, such as autism spectrum disorder and attention-deficit/hyperactivity disorder, but is much less so for bipolar disorder and depression. One of the most consistent findings across multiple disorders and classes of genetic variants is the role of genes intolerant to mutations in psychiatric disorders, yet this association is more pronounced for disorders with a clear neurodevelopmental component. Notwithstanding, a detailed understanding of the neurobiology of psychiatric disorders is still lacking. It is possible that it will only be revealed by studying the risk genes at the level of the development and function of neuronal networks and circuits.
END_OF_DOCUMENT_TOKEN_TO_BE_REPLACED 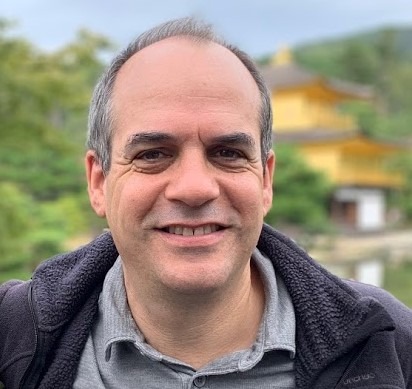